As an Amazon Associate I earn from qualifying purchases.

Indica vs. Sativa vs. Hybrid — What does it all mean?

You walk into the friendly neighborhood marijuana dispensary (or call in for your mail order marijuana in this day in age), and what is the first thing that they ask you? Okay, maybe not the first thing, but they ask if you want a sativa, an indica, or a hybrid (mixed variety). Because you are savvy about marijuana strains, you know that sativas are uplifting while indicas can be more calming, right? Wrong (even though the staff there will tell you these are the distinctions).

Indicas and Sativas – What are the real differences?

During the interview in Cannabis and Cannabinoid Research, Dr. Russo explains that the differences between indicas and sativas actually have to do with plant height, branching, and leaf shape. Typically, indicas are short and have “fat” leaves while sativas grow tall and have thin leaves.  Dr. Russo points out that to assume anything about a marijuana strain’s medicinal properties based on this shape is “nonsense”.

Then what causes the indica and the sativa “feeling”?

Instead, there are many chemicals inside marijuana that provide its medicinal uses with the main two (and most famous) being tetrahydrocannabinol (THC) and cannibidiol (CBD). THC, as many of you might know, is the main chemical responsible for the “high” that people experience from marijuana. CBD, while it might not cause a “high” has been shown to have anti-anxiety, anti-psychotic, and anti-depressant properties.

So, what accounts for the difference between marijuana strains that people experience? Why are some strains uplifting while others are more calming?  Dr. Russo says that, besides differences in THC and CBD levels, these differences are due to each strain’s unique terpenoid content. For example, Dr. Russo points out that the sedation in most common Cannabis strains is not because they are “indicas”. Rather, it is because of their myrcene content. Myrcene is a monoterpene with a strongly sedative, narcotic-like “couch-lock” effect.

High limonene content (common to citrus peels) is usually responsible for the uplifting mood effects that used to be attributed to “sativas”. This makes intuitive sense because many uplifting strains have citrus notes. Interestingly, the presence of alpha-pinene, which is a relatively rare terpene in Cannabis, reduces or eliminates short-term memory impairment that is historically linked with Cannabis use.

Labeling to fit the strain?

So, it may be that the “indica” strains at your corner dispensary just coincidentally happen to be high in myrcene and the “sativa” strains happen to be high in limonene.  In fact since there is no strict regulation around labeling a strain as an “indica” or a “sativa” based on the plant shape (which is where the classification actually comes from), I wonder if some dispensaries might tend to label strains that are uplifting as “sativas” even if they come from plants that are technically “indicas” by shape.  Similarly, sedating strains might be labeled “indicas” even if they came from plants that are actually “sativas”.  I don’t know that this happens, but it would make sense. 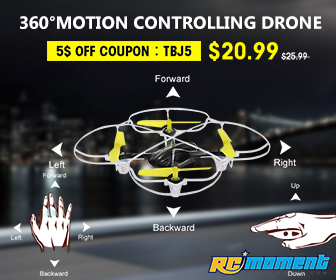 For many years, marijuana breeders have been distinguishing between sativa vs. indica vs. hybrid.  We now know that, while the sativa vs. indica vs. hybrid distinction tells us about the shape of the cannabis plant, it does not tell us about what is actually chemically in the marijuana. Also, marijuana breeders have mainly been breeding strains for high THC content. However, it is possible to breed them for high CBD content or for a higher content of any of these terpenes. This combination of science and nature could result in marijuana that is even more medically valuable — strains that will help with pain and mental illness without the memory impairment or “high” that make it challenging to function.  It will make a huge difference when and if this is accomplished.

Meanwhile, when we consider the sativa vs. indica vs. hybrid distinction, although we know that the short, squat indicas are not necessarily more sedating and the tall, thin-leafed sativas are not necessarily more uplifting, there are still certain strains that have known effects on mood.  One problem is that there is not a lot of (any?) regulation when it comes to naming or labeling strains.  What is to prevent a dispensary from putting literally any label on a product?  Absolutely nothing.  That is part of what legalization hopes to overcome.  However, one hopes that this does not cause issues that prevent people from getting the medication they need.

This is bound to be controversial.  After all, people have been separating marijuana strains into sativa vs. indica vs. hybrid for a long time. To many it certainly feels like this is a valid classification system.  Has it been a placebo all along?  Or have growers and dispensaries been nudging more uplifting strains into the “sativa” group, even if they were technically more short and squat?  Similarly, might they have been placing sedating strains into the “indica” group even if they were technically tall and thin-leafed?  One thing we know for sure: the science does not back up the indica vs sativa difference in psychological effects of marijuana strains.

Amazon and the Amazon logo are trademarks of Amazon.com, Inc, or its affiliates.

Rachelle
Buddhist wisdom says life is one continuous mistake. That has definitely been my experience. Writer who likes to occasionally dabble in life.I welcome feedback, and am deeply honored when you share my words with others.

Latest posts by Rachelle (see all)

This site uses Akismet to reduce spam. Learn how your comment data is processed.